My 14 year-old daughter and I took a girls’ road trip this weekend To Winston-Salem, NC, home of Wake Forest University and the Demon Deacons. 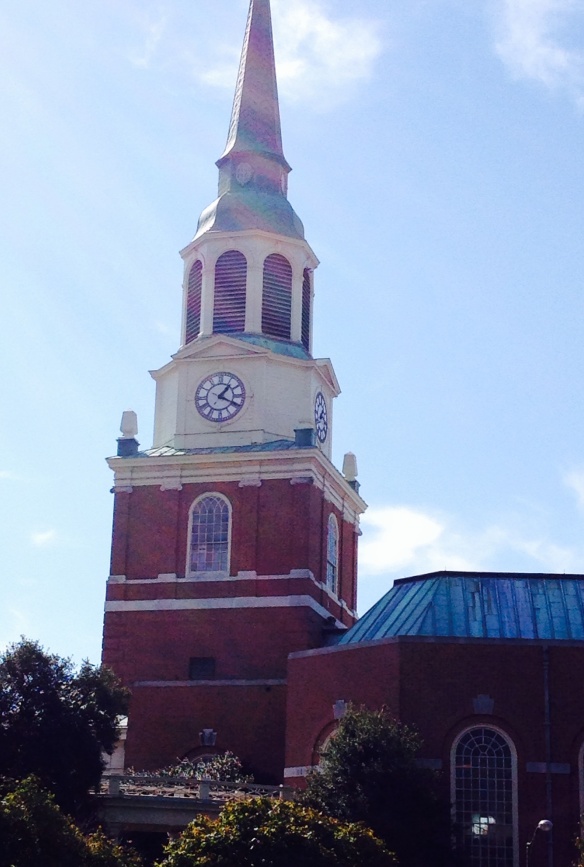 I attended a nutrition conference put on by a wonderful vitamin company, Standard Process, as part of my chiropractic continuing education. The speaker was an acupuncturist and herbalist who has created a hugely successful multi-state practice by treating and healing people using only Chinese medicine and whole-food supplements.

We’re not talking about people with hang nails or acne here. This man told stories about patients like Ed, who had suffered a massive heart attack which left much of his heart muscle destroyed. When he first came for an office visit, it took him 20 minutes to walk from the front door down the hall to the consultation room. After each excruciatingly slow step, he had to rest against the wall before he could go on. When he finally made it to the office, he looked up with defeat in his eyes. “The doctor told me to get my will in order. He’s given me two months to live. Can you help me?”

Talk about the wind being knocked out of you! I can’t imagine the pressure of that plea. The practitioner told him that he would do his best to help him. The man could only come in every two weeks at first because he needed that long to recuperate from the exertion of the visits. Slowly, things began to improve. The man began walking in his neighborhood. In a few months, walking turned to jogging and rock climbing. Eventually, he stopped coming in. The practitioner often thought of him and wondered how he was doing. Eight years later, he ran into a mutual friend who filled him in. “Ed said to tell you hello if I saw you. He’s hiking in Utah.”

The weekend was full of inspiring stories like this one. Stories about scheduled surgeries being canceled because they were no longer necessary. Stories about diabetes being turned around in two weeks. Stories about women being able to fulfill the lifelong dream of motherhood after years of infertility. And the greatest part was that the stories were true and the remedies were simple. Whole food vitamins, nutrition and acupuncture.

I have to admit that I have been buying tons of synthetic vitamins to support me through my breast cancer treatment, and I never thought much about it. Among the interesting facts I learned this weekend was the pearl that most synthetic vitamins are made from coal tar, a known carcinogen, or petroleum products. The capsules are often made from the connective tissue of sick or weak animals. Recent studies that have come out showing that people who take the most supplements have the highest death rate from all causes are based on synthetic vitamins, not whole food supplements.

When you eat a carrot or a piece of broccoli, you’re getting a whole vitamin complex with all parts working together to provide the beneficial effect. Synthetic vitamins artificially strip one portion of that complex away and concentrate it into a pill with other undesirable ingredients. Not only does this significantly reduce any benefit that may have been received, it is sometimes harmful.

I came away from the weekend with a wealth of knowledge and great hope as both a doctor and a patient. I know that I will definitely be revamping my supplements after this weekend. Oddly enough, my Mima used to say that she would never take vitamins because they give you cancer. Maybe she was on to something.