I’ve been a very bad blogger lately. It seems like the warm summer days are flying by in a blur of activity, one melting into the next. I’m surprised each night to find that I’ve barely had time to sit down before bedtime rolls around. And I’ve been working more, somehow, instead of less. Things on that front are very stressful and insanely busy due to staff shortages.

On a happier note, I have managed to squeeze in some scenic and interesting family day trips. The photos you see were taken at Linville Caverns, which is inside a mountain about 2 hours northeast of Asheville, NC. These are a few of the formations that have been created by water pressure over eons. The colors are the product of various minerals and semi-precious gems.

The caverns actually have 3 levels, but the public is only allowed to tour a small portion that has been stabilized. There is a “bottomless pool” that runs beneath the structure. Apparently, scientists have tried to measure it’s depth on several occasions using various tools, but they have yet to find the bottom. A nifty part of the tour involves having visitors wiggle their fingers in front of their eyes and then turning off all the lights. This is said to be one of only two places where one can experience the complete absence of light, the other being the bottom of the ocean.

I think they were mistaken, however. The third place would be a hospital lab:)

This room represents so many things to me in a strange way. It was taken in March of 2013 in the Rotunda at the University of Virginia in Charlottesville. I was having a grand time exploring the campus and the city during a brief business trip. Just a short week later, my life would change forever.

In the Winter of 2013, I had just taken a new part time job teaching laboratory procedures to nurses. The job would allow me to travel across the country and visit large medical centers. Free airfare, free meals, and great pay. It seemed like an exciting new adventure. This particular trip was only my second, the first being to Nashville, Tennessee. When I arrived at the hotel, I was pleasantly surprised to find my room overlooking a lovely pond inhabited by a pair of swans. A paved jogging trail meandered around the water and adjacent university buildings.

I only taught for a few hours during the day, so I either had mornings or afternoons to myself. The city of Charlottesville reminded me a lot of Asheville in some ways, yet it was steeped in a rich history that was palpable walking down the cobblestone streets where Thomas Jefferson and his contemporaries once stood. I thoroughly enjoyed the small shops and quaint hole-in-the wall restaurants nestled among venerable brick buildings and proud monuments. It was so nice to get away from everyday responsibilities, if only for a brief moment

Before the sun went down each day, I would try to get in a run. The path was very steep in spots, and I noticed that my endurance was flagging as I struggled to reach 3 miles. I chalked it up to needing more hill work, but in the back of my mind, it bothered me. After all, I had finished a half marathon only 4 months before with little trouble. Shouldn’t my endurance be improving?

After 3 wonderful days, I left for home feeling accomplished and rested. I had navigated a huge, unfamiliar medical center and done a really good job teaching. I had enjoyed the city so much that I planned to come back with my family and spend more time, including a visit to Monticello, the home of Thomas Jefferson.

As it turned out, that would be my second and last trip. A week later I was diagnosed with invasive breast cancer and had to give up that job to go through treatment. It’s bittersweet when I look at the pictures now. I remember exactly what I was doing, what I was thinking. I remember how excited I was to embark on a new adventure once I finally made the difficult decision that I needed some time for me and that my kids would live if I left them with their father once per month. It wasn’t to be.

Funny, but situations like this always remind me of a quote from one of my favorite movies of all time, Out of Africa. There is a particularly pulse-pounding scene where Meryl Streep is nearly attacked by a lion while crossing the savannah with wagons and oxen looking for her philandering husband, who has been away for weeks on safari. Her servant Farah turns to her and says, “God is happy m’sabu…he plays with us.”

Well, we’ve come to the end of the challenge. Where did I end up on my vacation? No, it wasn’t the most glamorous or distant locale imaginable, but it is one of my most favorite places, and home to the #1 beach in the USA, Siesta Key.  I just can’t seem to get enough; this is my second trip to the same spot since the beginning of the year. Have a look.

All of this week’s photos were taken on a single day in downtown Sarasota, Florida. 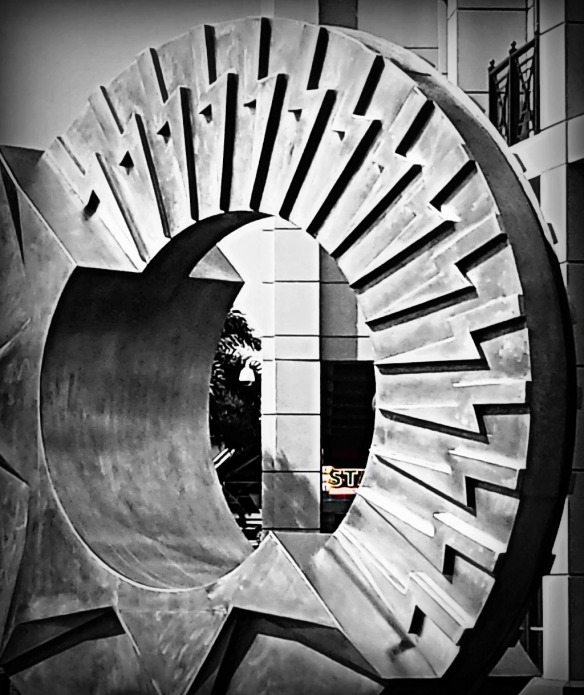 Do you recognize this sculpture? Have you been here before? Even if you have no idea where this was taken, I’m sure you will instantly recognize the letters subtly peeking through. Coffee anyone?

This is the second in my vacation series. I would call it a mystery, but if you know me at all, it’s really not worthy of an Agatha Christie novel. And yes, there will be many restaurants and bars in this series. So?? I have priorities:)

When I first saw the subject for this week’s challenge, I was a little disappointed. “Letters”? Huh? I couldn’t imagine what sort of image would capture this idea. But as I was going through some shots of my recent trip, I found several that fit the bill perfectly. So here is my sneaky way of sharing my vacation photos with you:) The last photo of the week will reveal the location in the “letters”. No cheating! 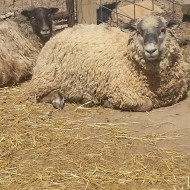 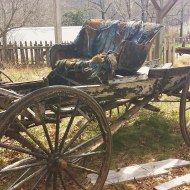 Ahhh, summertime! I can feel you so near, yet you tease me like a child playing peek-a-boo behind a picket fence, just out of reach. How I long to spend lazy days with my face turned toward the sun’s warmth, one toe dangling effortlessly in a cool, crisp stream.

And summer is the season of grand adventures, big and small. Whether on the road or in my own backyard, I am a curious wanderer, always seeking new experiences to feed my soul.

The pictures above were taken during a recent glorious stretch of warm summer-like days at a Mennonite farm less than 30 minutes from my house. The family lives in the top story of a white farmhouse, while the bottom holds a country store and deli. They bake bread and pies daily in the “garage” and sell non-homogenized milk, free-range eggs, and a myriad of jams, pickles, and dry goods. A friend and I ate delicious sandwiches on the wide front porch while gazing through the gardens at the blue mountains in the distance.

NOWHERE TO RUN
Create a free website or blog at WordPress.com.